“You can’t go home again,” says the old adage, and most of us would agree. When we return to the old, familiar places, something has

changed. We are different now from who we were back then, and the actual place of “home” is different now, as well: people there have changed from their experiences while we have been away.

Actually, time itself has changed. While time is a constant factor in our lives, it is not a constant measurement. It changes, too.

At least two ways of looking at time can cause us to grow, maybe even to move toward transformation.

Most people see time in different ways: according to their culture, religion, or personal perspectives. To some people, time is a wheel that repeats or a helix that deepens each time around. To others, it’s a journey upward meant to show progress, or a jostling ride on bumpy ground with obstacles to be overcome. For yet others, time is an empty container of endless days they must fill with content and meaning.

But there are other views of time, as well. Two approaches to time that were new to me came from surprising sources. The first was from Stephen Hawking, the author of A Brief History of Time, The Universe in a Nutshell, and other intriguing science books for non-science readers. He and other theoretical physicists revealed time as a basic but intricate aspect of existence that changes with our vantage point. It is linked to the dimensions of space as part of an intrinsic “space-time continuum” or “space-time cone.”

They say time is a fourth dimension as solid as height, width, and depth. Hearing about this space-time cone prompted a fundamental shift that keeps trying to break through in my mind. Thankfully I saw a TV program once that demonstrated this.

In the documentary, Hawking led a small group of people together on a kind of treasure hunt through a large city. His instructions led them to different cross-streets and landmarks to arrive at as a group. At the end, they entered a room where a stack of clear planes stood above one another on a display table. 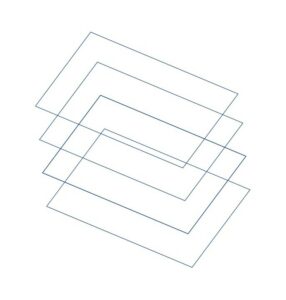 The board looked like it was set up for three-dimensional chess, but with each plane representing a different time. A string linked the dots showing where the group had stopped at different street intersections. In that way, it formed a path moving vertically in time and, at the same time, horizontally in space. When the people had gone to the same intersection a second time, it was on a different plane than when they had arrived there before. I could see the entire trail they had followed, never going back to the same point in space-time.

That’s the first approach that gives me a new way of looking at time. Here’s a second way, from spiritual writer Mark Nepo.

In The Book of Awakening Nepo says, “Time builds and erodes, and we are transformed.” He goes on to remind us of trees growing moss and storms removing the moss, and of the mind getting “dulled by the growth of its conceptions” and then a crisis revealing its raw surface. This is about the way we can understand time, interpreting its quality in our own lives. At some points in living we may lose “the feel of life, while incredibly attuned to its silhouette,” he says. “We can see it so clearly, each perplexity and nuance.”1 Then our vibrant sense of life returns, but without that distant clarity.

This approach sounds like the ebb and flow of time, as if it comes in and goes out like ocean waves on the shore and the tide that pulls them back out. Like the waves coming in, over time we build up: working, achieving, accumulating; gaining strength, knowledge, or confidence. Then like the tide going out, we experience weakness, loss, or vulnerability. It opens us up once again to the wind of the Spirit. Those “open” times often lead us to a more authentic way of being in each moment of space-time.

Such building up and wearing down can guide us to greater honesty in living: living within ourselves, living with others, and living with God. I hadn’t thought about it before as “transformation,” but that term also makes sense. As Nepo says, experiencing life is like sand dunes building up and the tide taking them away, like words in the mind and silence wiping them clean for a new beginning.

Thinking about this, I can see time as a possible carrier of awareness and wonder, for us to experience the rawness of life as a creature in God’s creation. It prompts us to acknowledge paradoxically both the vastness and intimacy of our relationship with the Divine. Sometimes such awareness comes in clarity of thinking; other times in the built-up understandings of participating in life and experiencing life anew. We can be transformed by God’s grace, if we choose to open ourselves, to learn and to grow.

May you be transformed by time, in both its ebb and flow.

Your partner in faith,
Betsy Schwarzentraub