Worship is the heartbeat of the people whom God calls through Jesus Christ. It takes place whenever and wherever "two or three are gathered in [Christ's] name." This is true. But worship is also the fabric we are meant to weave in our daily personal lives, whether by the worship season or by the hour of each day or night.

What happens when a pandemic keeps people from coming together in person for months on end? Can they tap into the ancient pattern of worship focus given to us through the Christian seasons? Millions of Christians today have never heard of these seasons, much less about daily hours devoted to different times in Jesus' life. Betsy's newest book, Tossed In Time: Steering by the Christian Seasons, describes the seasons and offers personal questions for reflection and activities in the home to celebrate their importance.

An ordained minister in the California-Nevada Conference since the 1970s, Betsy has pastored multiple congregations. Since that time she has experienced the deep connection that can overlap between personal spiritual experience and communal worship, when people come together to return God's love and remember God's invitation to empower compassion and justice in the world.

Betsy has been active in the National Association of United Methodist Foundations, and has served as a nationwide consultant and speaker. Before retiring she also served as Director of Stewardship for the General Board of Discipleship of The United Methodist Church. 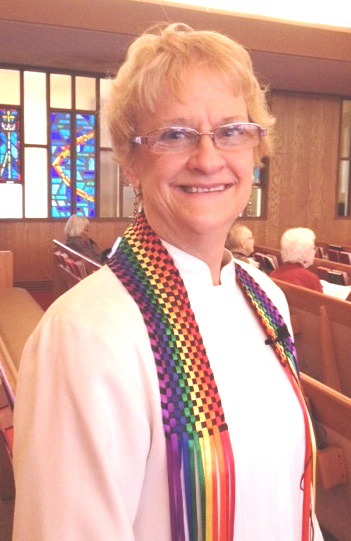 Click for Author of the Month, June, 2019 at junegillam.com