Today is All Saints Day, so it’s appropriate to think about the saints in our lives and world. These days, every 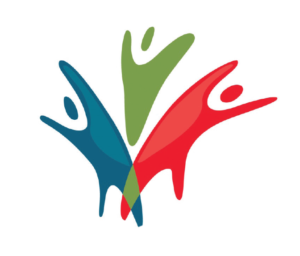 day seems to be the opposite of saintly: national brink-of-war tactics, political partisan diatribes, hate crimes, and horrendous violence. So maybe All Saints Day is really important right now, whether we ascribe to official saints or not.

So who are the saints, apart from a Roman Catholic or other religious calendar? After looking at those who are honored in different societies, one anthropologist says they’re people who have a certain moral presence.1 I like that! The dictionary says “moral” has to do with principles of right and wrong behavior, following one’s conscience, or using ethical judgment. Especially as the U.S. midterm Election Day nears, we all could use some ethical judgment about who we vote to become our leaders, and what kind of ethics they follow.

Yes, but moral presence also extends beyond that. John Coleman,2 a Jesuit prof at the Graduate Theological Union in Berkeley, says that saints across various cultures and religions have some “family resemblances.” They teach important lessons. Their lives become a model for others. They’re a source of benevolent power in some way. They intercede for other people. They often refuse to get attached to material comforts. And somehow, by the way they live, they reflect the holy: God’s mysterious, loving and just set-apartness (my paraphrase).

United Methodists don’t have official saints, but we honor and admire exemplary Christian leaders, biblical people, and those who have based their lives on their trust in God. Whatever our affiliation, today is a terrific time to reflect on those who have been saints in our personal lives, modeling a moral presence. And we can recommit ourselves to reflect their radiant qualities in our world.