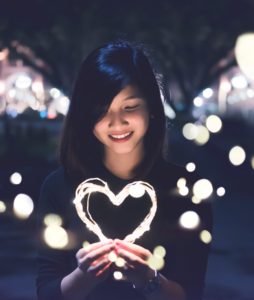 In Mutuality and Thanksgiving I said, “Thanksgiving is not a season. It’s an orientation of our minds and hearts that naturally flows into a lifestyle of generosity, of mutual giving and receiving.” But the process of giving and receiving is not only a two-way affair. As science-of-generosity researchers have noted, people who know others involved in generous giving are affected, as well. This “friend of a friend” phenomenon is the most natural kind of evangelism – we all are more influenced by what other people do than by what they say.

But the apostle Paul knew that thankful interaction is more multi-layered than that. In 2 Corinthians 9:10-15, he says the Corinthian Christians’ great generosity will produce thanksgiving to God through what Paul and his companion are able to do with their gifts. Those who benefit from Paul’s work will be thankful for what they receive. And it doesn’t stop there: those recipients will also pray for the Corinthian donors, recognizing that their abundant giving made Paul’s work possible. So the cycle of blessing returns to the givers, who now are receivers as well.

Most importantly, this circle of thanksgiving does not start with us – it starts with God. Paul begins this part of his letter by saying that God is the One who gives not only “seed to the sower” (natural resources), but also “bread for food,” through God’s gift of human energy and skill. So it is “the surpassing grace of God” that God has given to us all: receivers, givers, receiver-givers, and giver-receivers!

When we give thanks at any of these points in the process, it’s a three-part action: we recognize the gift intellectually, acknowledge it willingly, and appreciate it emotionally. When all three of these come together, our thanksgiving – our gratitude – is complete.1

Your partner in ministry,
Betsy Schwarzentraub
1 – Robert A. Emmons, Thanks! How Practicing Gratitude Can Make You Happier, p. 5.

See also: Another Take on the Three Ts

Posted in Stewardship in Worship and tagged 2 Cor. 9:10-15, gratitude, gratitude and grace, many thanksgivings, Robert A. Emmons, science of generosity, Thanks! How Practicing Gratitude Can Make You Happier, Thanksgiving