What an act of generosity! Our friends were coming up to this year as their fiftieth anniversary. Having lived in Australia and the United States over the years, they had formed strong friendships 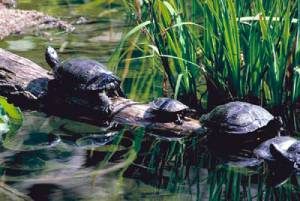 with a great number of people. So they decided to spend their special anniversary money, and more, on bringing the two communities together. If their friends could fly to Hawaii, the in-between point, they would host us entirely – all of us – for the five days there: providing lodging and locally-catered food and creating an itinerary for us to explore that part of the Big Island, with multiple opportunities to get to know one another in the process.

Just as they have built connections among people all their lives, now they have brought people together across two continents. No doubt many of these relationships, begun here at their celebration, will flower into lifelong friendships among the rest of us. And both of their adult sons seem to be doing the same thing – connecting people to one another – in different ways, each putting his own spin on the values by which he was raised.

“Generations of Generosity” was the theme of an issue of the Ecumenical Stewardship Center’s Giving magazine a few years ago. I love that phrase! We can be intentional about teaching acts of graciousness to those around us and in younger generations. But a life of generosity – modeling it in who we are and the decisions we make – is contagious in an exciting, attractive way. We reach out to give because others have given so deeply to us. It’s a joy to receive such generosity, and an invitation to pass it on.

Posted in Generational Stewardship, Generous Living and tagged generations, Generosity, legacy of generosity, passing it on, pay it forward