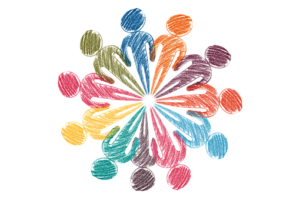 What Jesus said and did in the Gospels are signs of who he is. But how do we apply that to who we are in Christ? Where else can we turn to find additional guidance about who we are because of Christ’s work in our lives?

Colossians 3:8-17 can help us see the shape of who we are as God sees us. It begins by describing who we are not: people lost in anger or abusive language, in wrath (old word for “rage”) or malice, in lying to one another, or in slandering other people. That’s where we may have come from, not who we are in God’s eyes and are meant to be.

By contrast, Paul tells the Colossians, each of us “is being renewed in knowledge according to the image of the Creator.” Our identity in Christ is the real person we are and can live into more fully: our new self! The “knowledge” that reshapes us is not technical information of second-hand learning. It is “full knowledge,” wisdom in the inclusive sense.

What I like the most about this statement by Paul is that it’s written in the present tense. We are being renewed every day. Such renewal is a process, an ongoing action. But that doesn’t mean it’s easy. It can only come with our making life-giving choices day after day. Sometimes it’s a struggle to keep choosing to trust God. But there are signposts we can look for along the way, as we try to live such a life.

“Christ is all and in all,” Paul says, declaring our intended focus. Our deep identity in Christ is means we’re no longer meant to divide ourselves according to all kinds of human distinctions. Paul states the major divisions of his own day: those who were part of respectable Greek culture versus a distinctively Jewish way of living; men who were circumcised versus the majority of the world who were not; those who were Scythians versus all the world’s tribes whom they called barbarians. And the most basic division of that time was the favored few who were recognized citizens of the Roman Empire versus the millions more who had been turned into slaves. Living according to these divisions set up a strong hierarchy of valuing people according to status, religion, power, and money.

Paul’s words here fit with what author, pastor and spiritual director Adele Ahlberg Calhoun says about the false self versus the true self. The false self, she states, is fabricated on all kinds of secondary things, such as  status, success, family, accomplishments, and reputation. But our true self is living as God’s beloved children and as friends of Jesus; as God’s temple, where we worship God; as chosen by God and as God’s works of art, fearfully and wonderfully made. “Our truest identity can never be something we accomplish, earn or prove on our own,” Calhoun says. “It is a gift we receive from Jesus.”1

Returning to Colossians, we find Paul’s list of traits and actions that describe who we are when we live in Christ: bearing with (enduring) one another with patience, compassion, kindness, and humility; being thankful and singing to God; teaching and admonishing one another out of the gratitude in our hearts; and forgiving each other whenever necessary. These actions all point to letting the peace of Christ rule in our hearts. Paul summarizes by saying, “Do everything in the name of the Lord Jesus, giving thanks to God the Father through Him.”

God has given each of us a unique identity in Christ from our very beginning. Throughout our lifetime, we can learn to recognize it and increasingly claim it as our own.