“Our soul is our true self, the essence of who we are, seeking to grow more and more into the image of God,” says 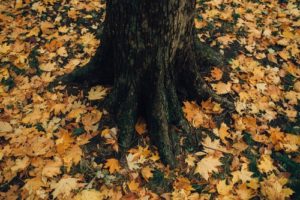 Growing Generous Souls,1 pondering Genesis 1:26-27. But what is the image of God? Beyond that book’s couple of paragraphs, here are a few further reflections.

Some renowned Bible scholars confirm the idea that one’s soul is the entire person, not just one portion of a human being (as in “body” versus “mind” versus “soul”).2 Claus Westermann says the image of God is concerned only with the person as a whole, not just one’s physical or emotional being, for example. Likewise, Gerhard Von Rad notes that “we reflect God in the way we are called into existence, in the totality of our being, and in our function of caring for the non-human world.”3 Our call to care rises out of who we are in God’s sight – not just how we have been and have acted in the past, but also who we can become, by God’s grace.

The Bible gives two essential names for humanity in the Book of Genesis. In the early Old Testament, says E. A. Speiser, names were seen as “symbols, magical keys, as it were, to the nature and essence of the given being or thing.” Linked a few verses later to male and female, they reveal together what God intends as humanity’s fundamental role.

The first name in Genesis chapter one is ‘adam.  This is not an individual’s name as we would use it today, but the core of who he is meant to be. It is alliteratively linked to ‘adamah (feminine form), which means “soil” or “earth.” So, Speiser says, the best English translation is “earthling,” related to “earth.” Given this connection, we are not surprised at the second creation story, in Genesis 2:7, where God formed ‘adam out of “clods” (‘apar) in the soil (‘adamah) and blew into his nostrils the breath of life.

The second essential name is haweh (“Eve” in English). This name is related to the sacred, personal name of God (Yahweh), given to Moses at the burning bush in Exodus 3:14: “He Who brings into being all that lives” (translation by linguistic scholar Frank Cross). So a closer name for Eve would be “(mother of) all living things.”

So how do these names relate to the image of God? They tell us our twofold primary purpose. In Genesis 2:15 we read that ‘adam was put in the garden of Eden “to till it and keep (or tend) it.” As earthlings, we are inherently related to the soil / earth, meant to work it and to preserve it. We are also deeply related to all living things, meant to care for earth’s creatures. This is our decisive function as God’s representatives on earth.

How are we doing, living up to our names? How are we as “earthlings,” stewards, caring for the earth? How are we caring for God’s creatures, all the other species on this globe? In what ways can we be growing more and more into the image of God?