“Time on my hands” may come to mind when we have a prolonged illness, are in virus isolation, or struggle with stuttered social re-openings. Those days can take on the gray smear of sameness. What a contrast it is from the old energetic days, when there didn’t seem to be enough time to get everything done! “Stewardship of time” has to do with how we experience and use time as a gift from God. But I 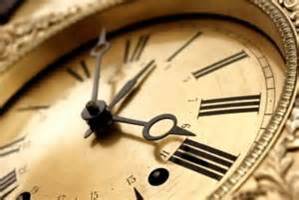 remember back in the 1980s and ‘90s it was often taught as “time management” and interpreted as how to stuff more doing into our already crammed schedules.

People experience time differently when they have certain careers or live in alternative situations or decades. For example, an archeologist sees time in terms of extended “ages,” such as the Pleistocene Age or the Jurassic Age, while an astronomer deals with time in gigantic gulps of billions of years.

We also picture time variously in different languages and centuries. For example, in the first two centuries A.D., when the Bible’s New Testament was written, the writers used three separate Greek terms for the word “time.” Chronos is the chronological tick of a clock from past to present to future. From this view, yesterday is past and can never be lived again. The second word is aion, from which we get “eon,” meaning a prolonged period of time or “age.” In the English Bible it can also be translated as (the New) Age or (New) World beyond time as we know it.

Today I experienced what I call a “God moment”1 in the midst of a seemingly ordinary day. I met a new friend; God had brought us together and was truly present in our conversation and connection. That’s an example of kairos, the New Testament’s third word for “time.” Kairos is a moment or a season when God dips a finger into the water of our presumably ordinary days. This unexpected time lifts the veil from our eyes to glimpse the glory of God, to make a life-changing choice, or to participate in eternity right here in the Now.2

Hinduism views time and history as a wheel. In Hindu cosmology, time is eternal and repeats general events in four major cycles. But one can experience the wheel of time personally, as well. One example a Hindu friend shared with me was how a human being begins with dependence on others at birth. As they grow, they become independent, but when they get old they become dependent upon others once again. In Buddhism, time is seen as cycles or wheels, including cycles of the planets; cycles of days, months, and years; and even the cycle of human breathing.

Time feels mysterious enough when we have some kind of divine encounter. But what do scientists actually say about time? Back in the 300s B.C., the philosopher-scientist Aristotle stated that time is an absolute, independent factor, separate from the notion of space. That’s the common way most people in the Western world still see it: yesterday is gone, and today I am in an entirely different time.

Twelve centuries later, Isaac Newton declared that time is absolute and, like a river, always flows from the past to the present.

Fast forward to 1905, when Albert Einstein “showed that time and space were linked and equally fickle, depending on the motion of the observer. . . . [If] the person on [a train platform] could see the watch of the person on the speeding train, the timepiece would move more slowly, even at the slow speeds of normal, earthbound trains. . . . But at higher speeds, near the speed of light, the changes would be monumental.”3

Einstein’s theories of relativity ushered in a whole century of new discoveries about time. Cosmologists now look at the universe in a way that bends our thinking even further. “The theory of relativity gets rid of absolute time,” says renowned astrophysicist Stephen Hawking.4 He describes how he and Roger Penrose coined the word spacetime for a curved reality that actually bends not only massive objects but light rays toward each other.5 In writings that leave my poor mind in the dust, he proves that when we peer through our telescopes out into space, we are looking back in time all the way to the Big Bang.

I don’t know about you, but I’m still living back there with Aristotle and Newton in my unconscious assumptions about time.

Thankfully for me, Jesus gets to the root of all this mystery about time. While people back in his day (as in ours) were trying to live “one day at a time,” Jesus said to them, “My time has not yet come, but your time is always here.” (John 7:6) In God’s creation and counting of time, we always have the opportunity to live facing toward God in worship, thanksgiving, and praise.

1 – My term for when I feel God’s actual, personal presence in a specific situation. It is not just God “looking down” at me or at what is happening, but rather the fullness of God’s being with me, us, or the event. It is incredibly humbling and awesome at the same time, and often comforting down to my bones.
2 – For more about this Greek word see Kairos Time.
3 – John Boslough, Stephen Hawking’s Universe, p. 27.
4 – Stephen Hawking, A Brief History of Time, p. 33.
5– Stephen Hawking, The Universe in a Nutshell, pp. 29-66.