With so many natural disasters and national tragedies these days, millions of people have responded through donation-based crowdfunding 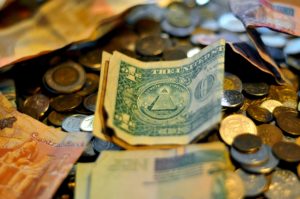 , where individuals give money for a cause, project or person without receiving anything tangible in return – except a whole lot of satisfaction, knowing they’re and joining others to provide resources and help people out of dire situations.

Donation-based crowdfunding has leapt into prominence in recent years. A 2016 Pew Research Center study found that 22% of adults in the U.S. had contributed to a crowdfunding campaign. GoFundMe, one of the leading crowdfunding platforms, has raised more than $5 billion since its beginning in 2010.

I got to thinking about the benefits crowdfunding provides. It helps both donors and the services they support, for a variety of reasons, including:
• People can respond immediately after a crisis, such as the Las Vegas shootings, California wildfires, or Hurricane Harvey, all of which received significant funding.
• Donors can give directly to a situation without having to go through a denomination or umbrella agency.
• Charities classed as 501(c)(3), such as churches, can appeal to a diverse array of donors, and can partner with existing crowdfunding campaigns.
• Individuals don’t have to be affiliated with qualified charities to build a crowdfunding website, perhaps for a friend or family member in need.
• Numerous online webhosts exist now to manage donations and track the campaign’s progress for those who set up such a site.

Financially, crowdfunding gifts are tax-deductible if the campaign is run by a 501(c)(3) organization. And from the beneficiary’s side, these donations are considered gifts instead of taxable income. But what I love personally is that I can give even a small amount of money, and see immediately how it contributes to an important, often life-saving goal.